Is it time for a Christian Economic Reformation?

We tend to think that the fundamental message of the Bible is about God’s love for humanity: to redeem humanity from its sin in order to give us eternal life. While this is a major part of Scripture, it’s not the fundamental message. The fundamental message is…drum roll please…economics! (I’ll write on this more later…oh, the suspense!). And Jesus’ message was economic. Because the thing that Jesus talked about the most was, of course, the Kingdom of God, but a close second on the list of his favorite topics was: Money. He talked about it all the time (but not like the way Dave Ramsey talks about it). All those parables about coins and talents and wages and blessed are the poor and woe are the rich and Jubilee and the widow’s mite…you get it. Money. But Jesus wasn’t talking about money management, how to “give more” or “get more” or be a “good steward” – those are all American theological inventions. When Jesus talked about money it was always, always, always subversive. He was critiquing the unjust economic systems that had produced untold suffering by oppressing, isolating and then shaming the poor while glorifying the rich.

Back in Jesus’ day the rich were gobbling up all the resources creating a massive inequality of wealth. They were getting richer while the poor were getting poorer. This oppressive inequality is what Jesus was speaking into when he talked about money. He was talking about restoring Jubilee economics – the command in the Hebrew Scriptures that called for every 7th and 50th year that there was a sort of “reset” in the economy. If someone had to sell their land and acquired so much debt they could barely survive, they’d be forgiven their debt and get their land back. This is what Jesus was talking about in Luke 4:19.

One of the great moments that highlights Jesus’ economic gospel is his encounter with Zacchaeus. This is a colossal moment of Jubilee that centers Luke’s Gospel highlighting the fulfillment of Jesus’ mission of Jubilee. (BTW: Luke/Acts is ALL about economic Jubilee). Too bad we’ve been so satisfied with our children’s Bible version of Scripture that we continue to make this story about Zacchaeus’ height and the image of him climbing a tree.

Z was a chief tax collector and, by all accounts of history, would have been RICH. Absurdly rich. As a chief tax collector, he was legally allowed by Rome to overtax people and keep the excess. Jesus seems to have a mission – he sees Z and tells him, with some authority it seems, to get down out of that tree and go have dinner with him. (There’s so much here…). Ultimately, in this encounter with Jesus, Z makes the declaration to:

What a move! To this, Jesus announces, “Salvation has come to this house.” Z made no announcement of remorse. No forgiveness was offered. But yet – salvation has come. Z was “saved” through this action of restitution to all he had defrauded. In church today, this is exactly the opposite of what we require. We ask for remorse but little action. Here, salvation seems to have come through action without ANY remorse. Maybe Z understood what we don’t today, that:

There can be no reconciliation without restitution.

Say that out loud a few times.

Remorse is a nice gesture – but restitution is what is needed to restore community, to restore broken relationships, to heal.

This story stands in the middle of Luke’s Gospel and gives a crystal-clear example of what Jesus is doing – calling on the rich to embrace the Kingdom of God by making restitution and freely giving to the poor. Z was a sinner. Jesus set him free by helping him be restored to his community by making restitution, and by helping those who were shackled with poverty find economic hope again. What is so interesting about this story, to me, is that today is no different from Jesus’ time. The wealth of the rich is growing at incredible rates while the middle class is shrinking, and the poor are getting even poorer. And get this: In a recent story by Oxfam it revealed that the richest 26 people in the world control as much wealth as the poorest 3.8 billion people on earth.

I could have 26 people in my house for a dinner party. 26. Just let that sink in. 26. How is this even possible? And this doesn’t even include the other 2000+ billionaires and the countless millionaires in the world.

I don’t know what it means to be “rich.” I don’t know where the line is – where you crossover from “having a lot” to “rich.” But at some point – it’s obvious. For argument’s sake, let’s say a billion dollars makes you rich. (We know the threshold is much lower than this). Is it a sin to be this rich? Well – one billionaire, Daniel Snyder (owner of the Washington NFL football team) – recently bought a $100 million yacht. Is this sin?

Yes. I think it is. And I know many of us probably hate that I said that and fully disagree with me. Sin is something we associate with breaking God’s covenant or hurting our neighbor…but doesn’t this deeply hurt our neighbors by ignoring their needs when we could help them?

When half the world is struggling to meet the essential needs of their children, and when 50 million people are living in modern day slavery, and practically the whole nation of Yemen is starving, and kids of color living in American cities can’t get a decent education, and people can’t afford healthcare…need I go on?

This reveals someone who has so deeply isolated themselves from the pains and needs of those around them that they think it’s okay to spend the annual GDP of an entire Caribbean nation on a boat. Because when you have billions, it’s no big deal.

I don’t know where the line is that makes one “rich.” And I’m not saying it’s always a sin to be wealthy – I know some wealthy people who have made it their life mission to give and help. And I’m not saying that you should give all your money away, nor am I saying it’s wrong to have nice things. It’s ok. What I’m saying is that we have to live with an awareness that people are suffering around us and we are called, in the name of Jesus, to help. Especially when someone has more than they ever will need in 100 lifetimes. We must refuse to allow our wealth to isolate us from the needs and suffering of the world around us and to give as much as we can. We are called to stop idolizing the rich and see them as Jesus saw Zacchaeus – someone who is a precious child of God but is being controlled by greed and needs to be set free. And when Z was set free – the people in that community found hope because they were given their sheep back, their resources back, their livelihoods back.

There can be no reconciliation without restitution.

It’s time for the church re-discover its call to be a prophetic voice in this world in this regard. To call the economic sin of greed and excess that produces a system where 26 have as much as 3.8 billion for what it is: an onslaught of suffering.

Maybe it’s time that we, too, call those billionaires out of their trees to find a new purpose with their wealth – Jubilee. 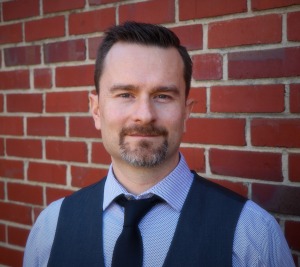 Hey friends. Alya and I wanted to share some news with y’all. We’d appreciate your prayers and loving thoughts. Earlier this year Alya and I made the decision to split up. The last three years have been so hard on our family. We tried and tried but realized that there was such deep pain that we both needed a change. On July 1st we separated. For the first time in almost 20 years, we are not living together. Yes, this has been a hard season for us and our kids and is so strange for us all. You live every day with one person and now, you are not. Through it all, our kids are doing ok. They have a sadness of course but we are doing our best to support and care for them in this season. While things have been hard, there is now a season akin to a deep breathe. We have been grieving this for a while and now a new dawn of sorts. Yes, there was a lot of fighting and difficulty but once we came to this decision earlier this year it seemed that we both stepped back and found something new for one another. So often when couples get to this point they take the animosity and pain that brought them here with them, but we have been able to let go of that and embrace a new sort of love. Today, we recognize the beauty of our marriage. We have 3 amazing children together, have shared adventures, drank lots of celery juice, and shared so much laughter. Three years ago the death of my mom wrecked me in a way that I still can’t articulate. It changed me. I’m so different than I was three yeas ago. This change is a big reason why we are here - but family circumstances also ground at us. Things change. Relationships change. But how do we respond? In our case, we are choosing to respond with love. Thankfully, even though we have come to this place we both are dedicated to navigating this separation with love and care and compassion for one another. We are committed to still being family. Alya and I will always be family. There is no animosity here between us. Being human is so hard and we all need to love and support one another as much as we possibly can. Thanks friends.
Loading Comments...
%d bloggers like this: